I've been posting from my phone until Blogger decided to change the theme settings. Now I'm confused so the last three posts look like spam. Let me figure it out and your articles will be up soon enough.
Posted by Ciss at 10:10 PM No comments:

Your Shallow and Incomplete Guide to Cooking Food.

For People who live alone or with cats and have eaten too much indo mee and are starting to wonder 'what is the purpose of my life?' Relax. Good news here. I had an interesting conversation today. Do you know what is the difference between Kenyans and Americans during this Covid? Trump? No. Our poverty. The fact that we can grow our own greens behind our house and the landlord will think 'or nice, some landscaping at last' means while many in the developed world are affording vitamin suppliments and health insurance, sisi tunakimbilia ndimu za mbao hapo nje. (Lemons are five shillings each) Have you been to the market lately? Have you seen the potatoes? Have you seen the cabbages? Na minji? And the Avocados? One theory is that last season was so productive inspite of the locusts and despite the floods that spoilt most of the September and and October crop. They other theory is that with restaurants and hotels shut down, the Grade one vegetables have been redirected to the mwananchi markets. Does this apply to flowers I wonder. @Homegrown si you just send me one bunch of yellow roses. Moja tu. So when my uncle's wife (Tata) called to tell me she wanted to send me a package from home. I was thinking. Eeeeeeeee. I'm not sure. 'The country is open and I know someone who is coming to Nairobi this week.' She said. She asked what I need. I said maybe beans? She asked which beans. I said 'let me try the yellow ones, I've heard they don't give gas.' Then she said she had pumpkins. 'Ai Tata, mūrenge ngūtwara kūū?' (What will I do with a pumpkin) I eat pumpkins. The problem is Tata's pumpkins grow into such huge sizes it would take me a whole month to finish one. She said she had a small one. Then she said she had Pamelo. Pamelo is a fruit they discovered they could grow on the farm recently. It looks like a green eggplant. If you eat it on a cold day you might think you are eating something of a goat's menu. But if you eat it it standing in the middle of the farm on a hot day with the hot soil under your feet. Then it's refreshing. It doesn't even occur to you that you are eating the sweeter version of ndongu (Sodom apple). Ma. Ouch. I did press ups this morning and now my chest hurts. For a moment I thought corona was creeping up on me. So Tata packed a package and of course she packed one month supply of patatoes because 'what else could I be eating' and when I got them in the evening and told her she scolded me. 'You mean they were brought to your gate? Now see. I could have even sent you maize but you are too wishy washy. Now see. But he is faithful for bringing you today. Ata I could have sent you milk and eggs.' (kione ii, kione ii uria uranyamarika, ni mwiiro wa ngoro ii ouria utakinyaga... was humming in my head because she was basically telling me 'I told you so.' 'Tata you said you packed Pomelo. This is white supporter.' 'Ooo, ah, I mixed them up.' White supporter looks like a Japanese Apple inside but with a smooth skin. Actually it's White Sapote. Guns down, BlM. So the pumpkin came. And I cut it in half and gave away half. And made bread with the rest. That is the very thing I want us to cook this week. And that story about yellow beans not making you gassy is not true. Pumpkin Pan Bread.
Posted by Ciss at 10:02 PM No comments:

Your Shallow and Incomplete Guide to cooking food for people who now have to catch and kill their own food. 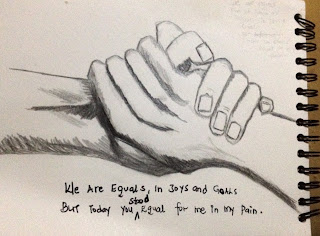 "Mambo Mambo?"
That's my favourite greeting to my friend Mambo. He probably doesn't like it but he is such a well bred human being he would never say it to avoid embarrassing me.

It's amazing I still have friends at all.

I met Mambo one morning on the way to a Sign Language convention. He was extremely quiet. Later I learned it was because we were in the company of deaf people and he preferred to sign.

I agree with him on that.
And I refuse to speak Kikuyu in mixed company.
Don't make me.
I will think bad things about you.
Much later, Maureen with a K introduced me to Mambo, properly.

He is not only fast but communicative. He would call to alert me incase of a delay because of slow internet or power cuts.

I really appreciated that.

Your team can mean whether you will get a Cheque this month or not.

Mambo's job turned out to be 100% each time. I could tell my client, this will be ready tomorrow morning and it would be.

But it's not just work wise.
It's about the kind of person Mambo is.

Part of it is that he is from a generation that exists on fearlessness.

Ok ok I am thrilled about growing up watching Tahamaki but you must admit we people from the 80s can get a bit boring. 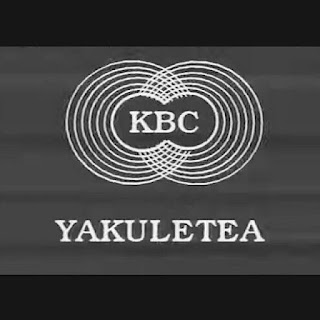 A lot boring actually and so stuck on proving we are good enough we kinda lose ourselves somehow.

Mambo's generation is a confident, frank generation that does what is right if they are so inspired, and they do it the right away. They are not trying to impress or prove anything, they know they are good at whatever.

So I quite appreciate the friendships I have with these who say it as it is. No games, no tricks it's just what are we doing today? Okay let's.
No guess work.
"Any questions? Come ask me."

They seem to be saying. But without the bitterness of someone that feels slighted.


On the day of my mother's funeral Mambo said to me.

' I want you to use your imagination and think of Jehovah standing in front of you holding both of your hands and telling you, I'm with you. I'm with you Cecilia, you are my dear daughter.'

I used my imagination.
And then that passed.
And people dispersed.
And I got up each day and tried to live it.
And then I couldn't pray.
And if I did I simply said- I'm awake now, help manage somehow-

On one of those days I got to the meetings.
And the minute I got in I was convinced I should just go back home and re-start a sobbing session.
I smiled and waved at people and then I saw Mambo seated, arranging his things and went to him.

I thought he would tell me
"Cool cool I will, as soon as I finish setting up."
No, he moved over and asked me to sit beside him.

He said a prayer for me right there then gave me a hug.
And then I found enough strength to sit through that the meeting.

I will remember that forever.

Because, we are not weak forever.
We don't grieve forever.
But it's the hands that pull us out of the darkness that we remember.
Hands that hold us up until we can hold ourselves together again.
And strong enough to grasp others who are temporarily felled in this journey.
Posted by Ciss at 11:27 AM No comments: